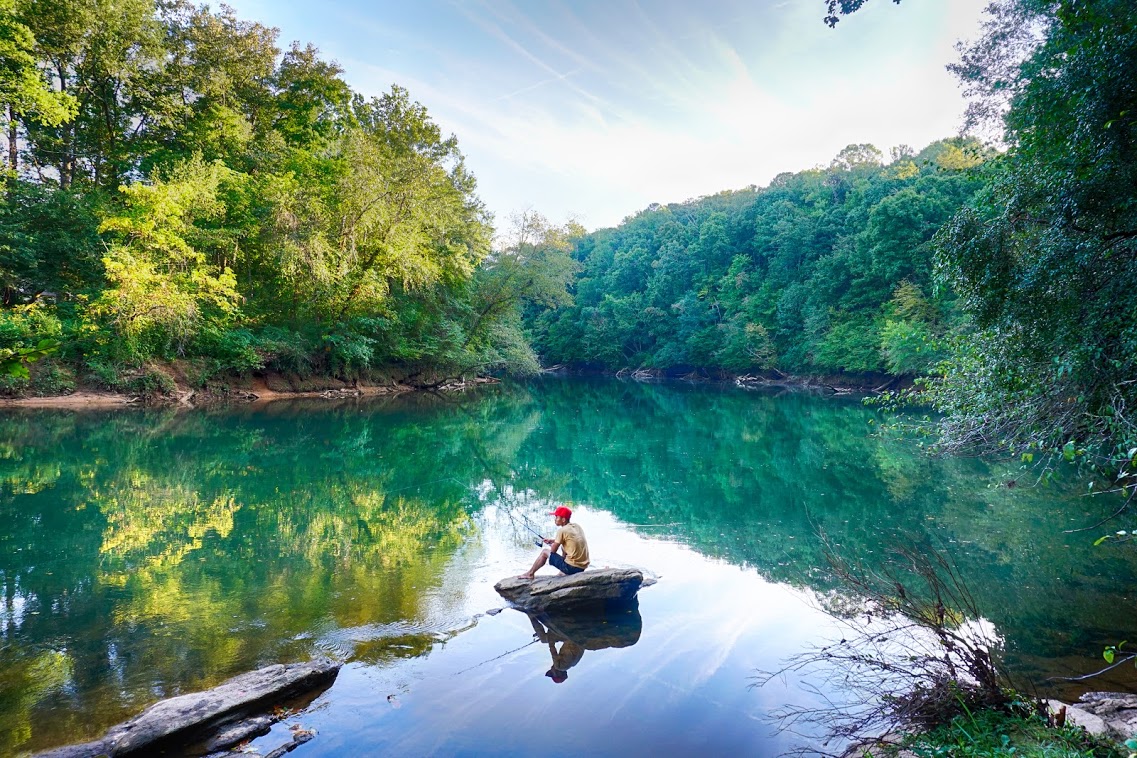 Feature story: How Alabama's diverse waterways turned a Russian history expert into an Alabama-focused historian with a soft spot for the sciences.

Read more from this issue of Mosaic

This article appears in the Summer 2021 issue of Mosaic, the magazine of the Alabama Humanities Alliance. 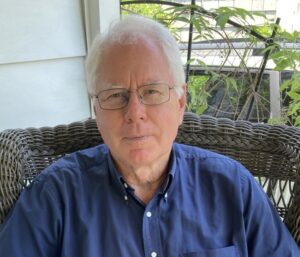 Fifty years ago, as a newly hired history prof at Samford University, my specialty was supposed to be Russian history. It was the rivers of Alabama, as much as anything else, that changed the focus.

We moved down to Birmingham from Nashville in June of 1971, with my younger brother-in-law along to help move furniture. After a couple days of roughly setting up the house, we two were given permission to go find a local river deep enough to have good fish but shallow enough to wade. Having no good local map or much idea of the countryside, we just pointed the car as directly away from downtown Birmingham as we could judge, and at every major intersection took the low road. Sure enough, on a country road named Grants Mill we came across a river signposted Cahaba. It had hellgrammites under rocks in the shoals to use for bait. And pools with bass. That was 50 years ago as of this writing, and I’d guess I’ve been wade fishing or canoe fishing in that stretch once a quarter ever since.

I’d come to Alabama history late, and with the preconception that European cultures (and the cultures of their mostly African enslaved labor) had moved over the land as a solid, impermeable front, completely replacing the original Native American ones. It was fishing Alabama’s rich network of waterways, talking to the locals, and reading about fishing that opened a complex new world for me in the interactions across those waning and waxing culture fronts. The fisherfolk on those rivers had cultural currents of their own that quickly got you back to early historic times, even to pre-history.

Near the beginning of my time at Samford, a kindly Phys Ed prof introduced me to jiggerpoling. Jiggerpoling, most fishermen will already know, is usually a nighttime fishing technique in which the fisherman in the bow with a long cane pole runs a noisy surface lure along the bank and logs, waiting for a bass to explode on it. Later, in William Bartram’s Travels (he came through the Southeast in 1776-1777), I read about the Native American practice of doing essentially the same on a Florida lake, catching “green trout” to 30 pounds, “strongly shaking” the arm of the bow fisherman and pulling the boat along. It’s generally thought that Bartram’s green trout were largemouth bass, and 30 pounds is 7 pounds and change over the all-time modern record.

By the mid-1970s, I was interviewing older commercial fishermen south of Pell City, men who had run fish traps on the Coosa River shoals before it was ever dammed for hydro power. The traps were made of V-shaped rock walls (the open part of the V upstream), and the downstream catching part of the trap made of sawn timber slats. Later, I read James Adair’s 1775 description of this being done by the Chickasaw, with exactly such V-shaped rock walls, though with a catching part that accomplished the same thing with a loosely woven basket. A time or two I’d taken my children to see the Coosa fishermen. One of them later gave my kids a hand-carved toy, a functional “Indian pump drill” as it used to be called. You pushed down on a bar to spin a central shaft connected to it by string, and then let up at the end of a stroke to let it automatically rewind. The fisherman didn’t recognize it as a Native American tool; for him it was a pioneer toy his grandfather made for his grandchildren.

Off and on, I dabbled in field biology with my university colleagues, once as hired paddler on a U.S. Fish & Wildlife survey of rare fishes in the Cahaba. Over the years, I canoe-fished waters from the Paint Rock River up on the Tennessee line down to Wolf Bay on the Intracoastal. 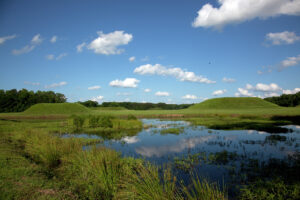 Bringing the humanities and the sciences together

All this gradually seeped into my teaching, especially as I began to team-teach “history and environment” courses with colleagues from biology. I’d come across what I called a “telescoping time” model that integrated traditional history into a much broader pattern. I found it first in historian Fernand Braudel’s The Mediterranean and the Mediterranean World in the Age of Phillip II (published 1949) — 1,244 pages that began with geology, soils, climate, vegetation, zoology, ancient lifestyles such as the sort of nomadism called transhumance with its seasonal rocking back and forth from rainy season grasslands to dry seasons rocky land wells. Finally — on page 1,088! — when he got to “standard” history (as in the 1571 battle of Lepanto and the 1572 Bartholomew’s Day massacre of Protestants in France), it was so much the richer for the background built up. Then I discovered the work of Carl Sauer, a giant of that first generation of American geographers, particularly his The Early Spanish Main (published 1966), in which he did that same mix of geology, botany, zoology, pre-history, and history proper as he watched basic Spanish-American cultural patterns — including the hacienda-pueblo system — take shape in those first 25 years after Columbus’ first contact.

To bring it all back home, just recently I discovered the most interesting and readable book, Alabama Rivers: A Celebration & Challenge (2019), that does much the same thing for Alabama. It’s by Bill Deutsch, aquatic ecologist emeritus at Auburn University, who is a scientist with eclectic interests and a soft spot for the humanities. The book is in three parts: first, the science of rivers and how they work over time; second, the natural and human history of Alabama, river basin by river basin; and third, a most thoughtful section on what — in light of all the above — ought to be our attitudes and actions towards our waterways. It’s a wonderfully comprehensive overview of the state’s waters, starting with the first few pages wherein I realized that all nine rivers labeled on the Great Seal of Alabama are either Native American language words or direct translations of them.

Those of us who come at this from the humanities side arguably need to have the same soft spot for the sciences; it’s all connected!

Jim Brown is professor of history emeritus at Samford University. He has written and edited countless stories about Alabama’s fishing communities. In the early 1990s, he helped pilot Alabama Humanities Alliance’s SUPER Teacher program. He’s currently working on a book, Distracted by Alabama, for University of Alabama Press.

The Smithsonian returns to Alabama 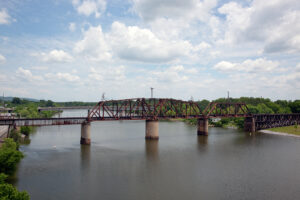 Across 2021-2022, AHA will tour the Smithsonian’s Water/Ways exhibit to five cities statewide, working with local hosts to develop programming for audiences of all ages.

Our state is home to 132,000 miles of rivers and streams and 3.2 million acres of wetlands. Water affects how we live, work, worship, create, and play — connecting us to nature, nurturing our cities and culture, and either uniting or dividing our people and communities.

AHA will bring another Smithsonian traveling exhibit to the state in 2022-2023, Crossroads: Change in Rural America. If your city wants to be considered as a host site, contact Laura C. Anderson at 205.558.3992 or landerson@alabamahumanities.org.